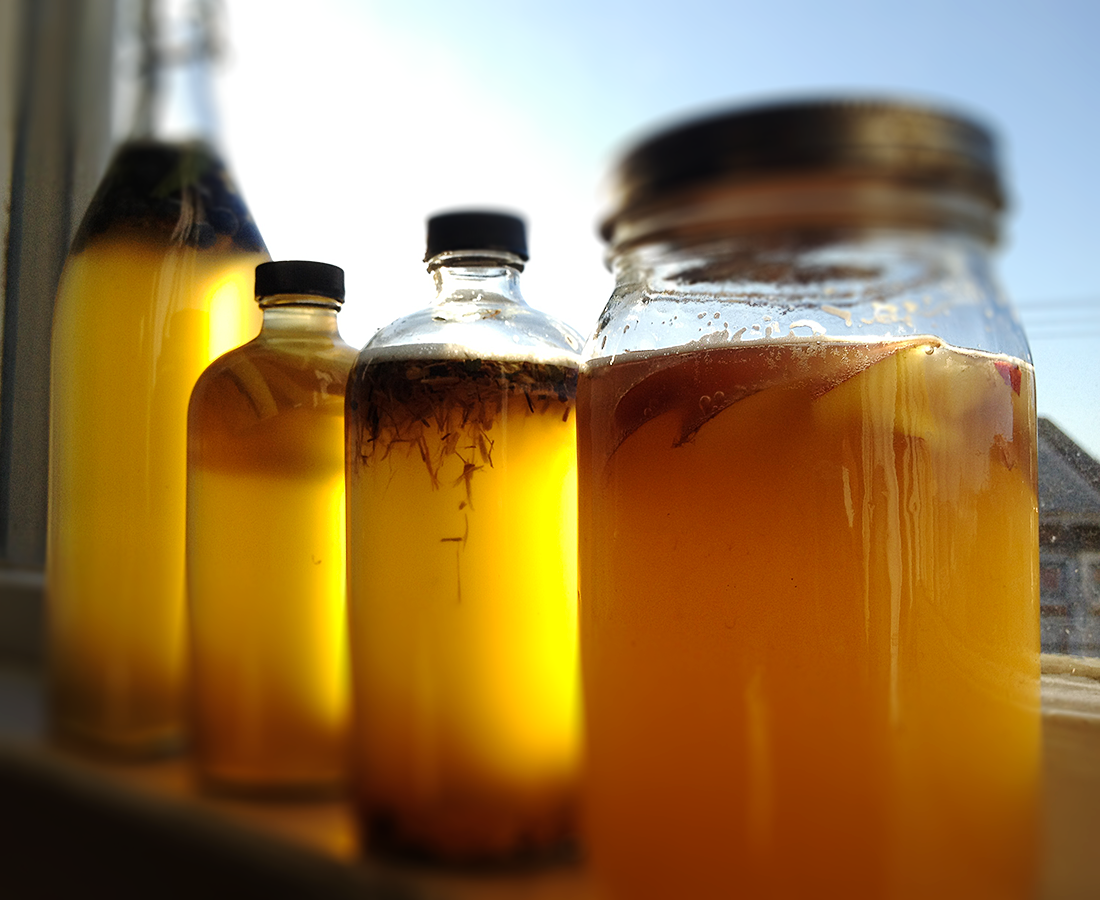 Benefits Including Gut Health, Immunity, Cancer-Fighter, and even helps with Weight Loss? 184 Healthy organic kombucha superfood probiotic drink in glass on white background by Cat Ebeling & Mike Geary co-authors of the best-sellers: The Fat Burning Kitchen & The Top 101 Foods that Fight Aging I actually fell in love with the tangy, sweet/sour, bubbly awesomeness about ten years ago, and have been addicted ever since. Barely a day goes by when I don’t pick up a bottle or pour myself a glass from my home brew. It has an amazing taste, and really does make you feel happier and energetic—almost immediately! Kombucha has had quite a surge in popularity lately, and there are now several brands (depending on where you shop) to choose from. Depending on what you read or who you talk to, kombucha has been attributed with health benefits that range from clearing up acne to curing cancer, but many of these are unsubstantiated thus far. Kombucha has been around for a least a couple thousand years in Asia and other countries. The Chinese called it an “immortal health elixir”. Because it’s fermented, you get billions of powerful probiotics in your system when you drink it. Kombucha comes from black and/or green tea, water, and sugar. During fermentation, the bacteria and yeast in the SCOBY actually ‘eat’ up most (not all) of the sugar and part of the caffeine, creating vinegar and other acidic compounds, with trace amounts of alcohol, and gases that make it carbonated. The colony of friendly bacteria that ferments the tea—looking like a giant mushroom is called a “SCOBY” which stands for “symbiotic culture of bacteria and yeast”. While the tea ferments, the SCOBY helps create b-vitamins, enzymes, acetic acid, (found in apple cider vinegar), gluconic and lactic acid, and a ton of great probiotics! This blob is a biochemical powerhouse that produces amino acids, enzymes, polyphenols (antioxidants), antibiotic type substances, and a whole array of phytochemicals that are beneficial to your health. Kombucha has been scientifically studied for its ability to: Detox the liver Increase energy (I always feel great after having it!) Improve digestion Boost immune system Help prevent or fight cancer