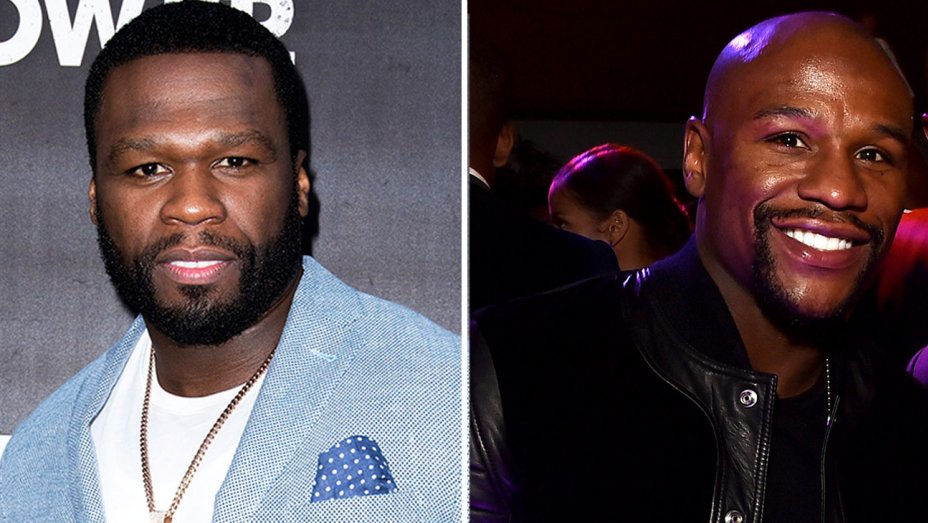 "Floyd is going to beat his ass," the rapper says.

Rapper and businessman 50 Cent wants to see Floyd Mayweather come out of retirement for one more fight, this time against mixed martial arts star Conor McGregor.

While visiting The Hollywood Reporter to promote the third season of Power on Starz, 50 Cent, born Curtis Jackson, talked about his "younger bother" Mayweather and the "smart business decision" it would be for the undefeated boxer to have one more bout.

"He'll fight [McGregor] if he'll [agree] to boxing because that would pay big money," 50 Cent toldTHR. "I know Floyd will do that. It makes sense. Ain't nobody who can beat him right now."

Speculation has been swirling lately that Mayweather may come out retirement in an attempt to get his 50th victory, further cementing his legacy in the sport, against UFC featherweight champion Conor McGregor.

"It's possible," Mayweather recently said. "It was a name that was shot at me, but the rumors that y'all been hearing is the rumors that I started. It may not be a rumor, keep y'all fingers crossed. It may be boxer versus MMA fighter."

50 Cent says McGregor is "no pushover," but it would still be a one-sided fight.

"Floyd is going to beat his ass," he says.

Mayweather made a fortune when he fought and defeated Manny Pacquiao in May 2015.

The Mayweather-Pacquiao fight earned more than $400 million in TV buys alone, topping the previous $150 million record set in 2013 by the Mayweather-Canelo Alvarez fight.

50 Cent says Mayweather could "easily" make $200 million off a bout with McGregor.

"Everyone would watch," he says. "I think it's interesting enough people would want to see it."