Breaking News in the Martial Arts 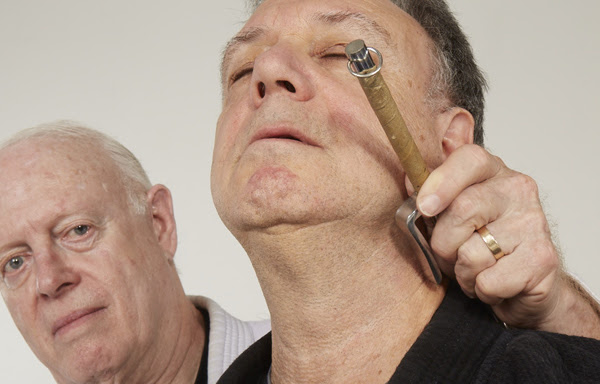 The Black Belt staff completed a photo shoot with jujitsu icon George Kirby. The images will be used to illustrate his new book, which is in production now • The staff also conducted a photo shoot with legendary grappler Gokor Chivichyan of the Hayastan MMA Academy. Chivichyan, 55, talked about his efforts to learn the rules of Brazilian jiu-jitsu for an upcoming BJJ world championship • The talk of the town in Hollywood is a plan to remake Bruce Lee’s Enter the Dragon. David Leitch of Deadpool 2 might direct • Ronda Rousey swam with the sharks for an episode of Discovery’s Shark Week.

Black Belt Hall of Famer Tim Kennedy is making the rounds to promote his new series Hard to Kill • Various news outlets are reporting that the UFC is expanding into Russia • According to Donnie Yen’s Instagram feed, the action star has finished filming Ip Man 4 • Forbes.com called One Championship fighter Angela Lee one of the most influential martial artists in the world • Daniele Bolelli released a two-part episode of his History on Fire podcast titled “The 47 Ronin” • Iko Uwais will star in a Netflix martial arts series called Wu Assassins •