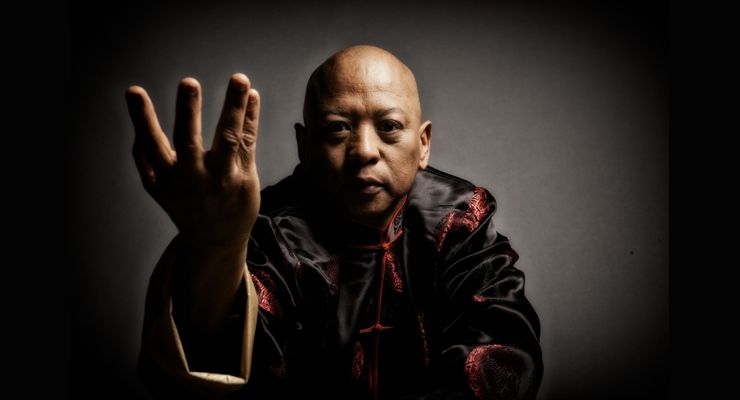 Ewart Chin martial arts actor is also a producer and stuntman. He lives in Simi Valley, California, but he was born on the Island of Jamaica and is famously known for films Ring of Fire II : Blood and Steel, Red Sun Rising (1994), Sworn to Justice (1996), Lockhart (2015), and The Martial Arts Kid (2015). Here we have an exclusive interview from CVH First Class Magazine.

Ewart, as a child who was your role model?
“My role model was my grandfather.”

Who inspired your love for the martial art?
“My grandfather’s predecessors and his true stories made me yearn to be like them.”

How old were you when you first started training?
“Age 7 years old.”

Which is your favorite martial art?
“I preferred Hung Gar because it is a soft but effective style learned the spirit of the Art. I love Martial Arts because it instills a sense of discipline in my life and it molds you to live a very simple and uncomplicated way of life where you live every moment. Martial Arts for me is not about the physical it is the senses and the spirit a way of life, that you live each and every moment with appreciation and respect for all that you encounter in this lifetime.”

What is the difference between the old ways of teaching to the modern way of today?
“There is quite a big difference from the old way of teaching to the modern and the discipline involved. I was taught by the monk from the old masters from Shaolin, the training was rigorous and discipline for example you learn one thing for very long time until you perfect it and then you move on to the next, while in the modern teachings you learn everything at once without given time to really learn any one thing to perfection. While the contrast studied learning the old way will be much more discipline, than a student in modern time. It is more commercial and just about making money, instead of character development for that student.”

What was your first movie?
“Ring of Fire II : Blood & Steal.”

Did you always want to be an actor?
“Grand Master Eric Lee was the one who pushed me to get involve in doing films, I had no desire to pursue films back then but was drawn into doing them.”

Who is your favorite film director?
“Paul Verhoven. I was impressed by working with him on Star Ship Troopers, Playing a soldier. Denise Richards was quite nice and Casper Van Dien.”

What are your favorite television shows and movies?
“In the past I loved watching the Kung Fu series on television and later date worked with lots of the cast in future projects and now becoming close friends with them. Film Big Trouble in Little China was a favorite cult film from back then. James Hong one of the main stars became a very close friend. Present time, I love Rush Hour with Jackie Chan, had an opportunity to work on it but was busy with another project.”

Which actor has inspired you?
“The Original James Bond, Sean Connery. He inspires me to be a great actor as he himself is.”

If you were granted a wish to meet anyone who would it be?
“I would like to meet Donnie Yen and Daniel Craig, because these actors are one of a kind, they are just so good with telling a story where you are literally sucked in and become their character.”

What are your hobbies?
“I like to go hiking and swimming.”

What is your Favorited car?
“I love top end Mercedes Benz sport cars.”

What are your favorite dishes?
“Of course I love Chinese dishes and French style dishes too.”

Which film was your favorite?
“Lockhart, unleash the talisman is a favorite of mine.”

Are you involved in any new projects?
“Currently I have in development several projects, which I am working on. I am unable to disclose names at this time since it’s still in development, but excited to produce these projects.”

Have you a message for your fans?
“I wish to thank all my fans who have supported my career and still do. I love you all and thank you.”

CVH First Class Magazine wishes Ewart Chin every continued success. He is more than a Martial Art Actor/Producer, he is a master perfectionist at everything he does