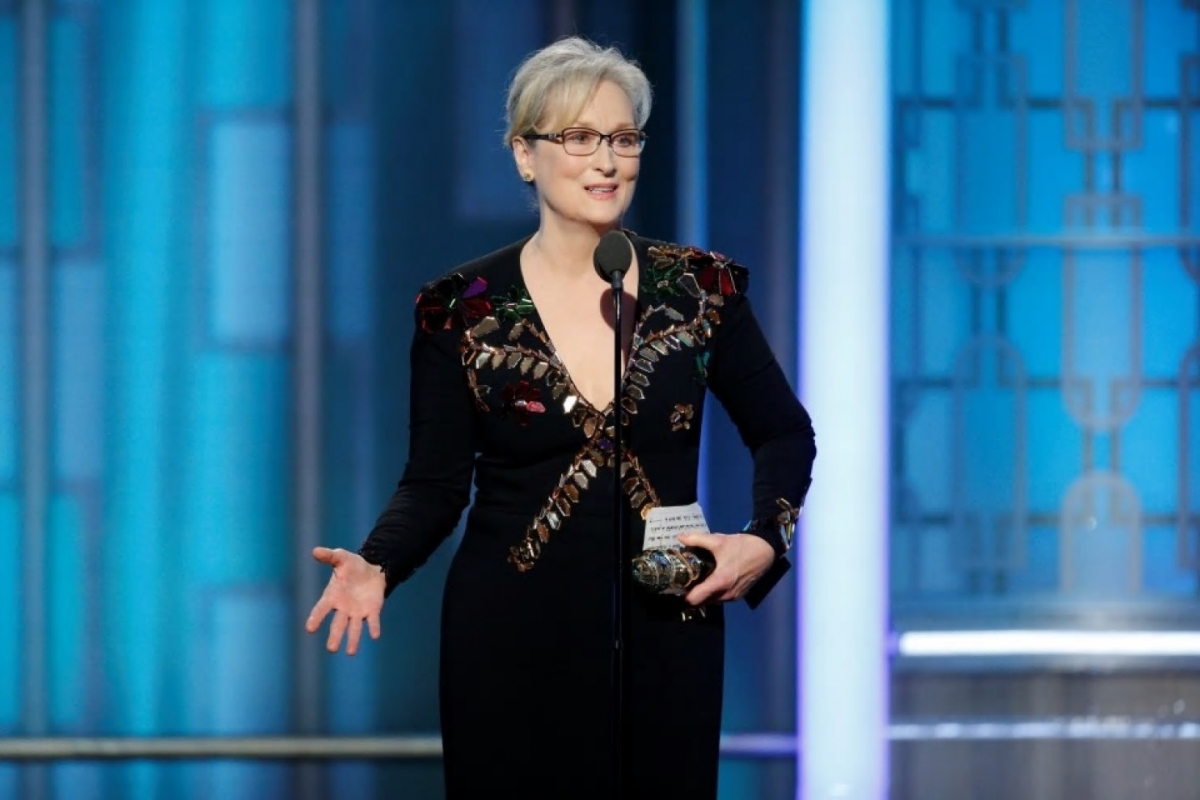 Actress Meryl Streep accepts the Cecil B. DeMille Award during the Golden Globe Awards on Sunday. (Paul Drinkwater/Courtesy of NBC)

As a red-blooded American male — the sort of uber-masculine guy who spends his days watching glitzy and glamorous Hollywood shindigs to discover if the musical he enjoyed will take home any major awards — it wasn’t Meryl Streep’s attack against Donald Trump that got my dander up Sunday night. Rather, it was the moment in her acceptance speech at the Golden Globes during which she, for some reason, decided to attack forms of entertainment she doesn’t care for.

“So Hollywood is crawling with outsiders and foreigners,” Streep said, a criticism of Trump’s anti-illegal-immigrant rhetoric. “And if we kick them all out you’ll have nothing to watch but football and mixed martial arts, which are not the arts.” This cheap shot earned big yuks from the actors and actresses and directors and producers in attendance, curiously foreshadowing her later criticism of Trump for punching down against a reporter with a disability, a joke that “made its intended audience laugh, and show their teeth.”

If Streep doesn’t care for football — if she can’t see the artistry in the athleticism on the field and the strategy on the sidelines; if she misses the dramatic swings on the scoreboard, the emotional uplift and devastation that accompanies a close win or defeat — that’s her loss. As almost-presidential-candidate David French noted on Twitter after Clemson prevailed in Monday night’s thrilling national college football championship, “Meryl Streep missed a great game.”