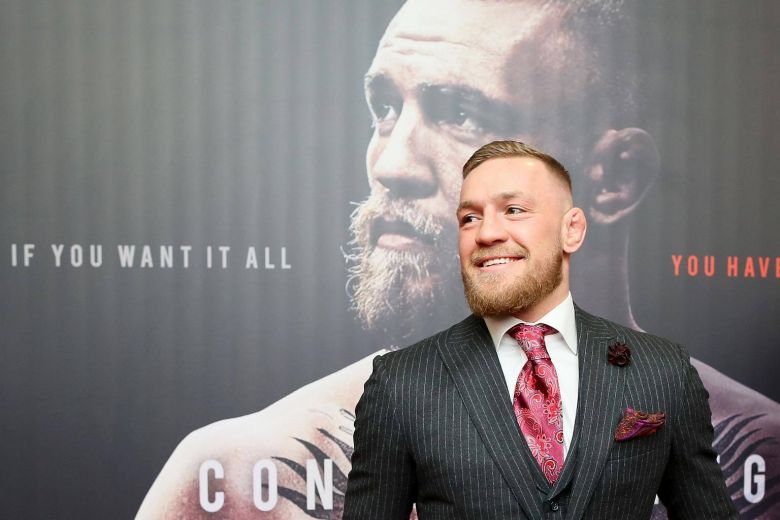 UFC fighter Conor McGregor's only fight in 2017 was a lucrative boxing bout against the undefeated Floyd Mayweather, which he lost.

NEW YORK (REUTERS) - UFC president Dana White has said that the organization's lightweight title will be put up for grabs in a showdown between interim holder Tony Ferguson and Khabib Nurmagomedov, casting doubts over the reign of current champion Conor McGregor.

White announced the bout, which will take place at UFC 223 at the Barclays Centre in Brooklyn on April 7, on the Toucher and Rich radio show in Boston, where the UFC will stage an event this coming Saturday.

McGregor became the first UFC fighter to hold two titles simultaneously when he became lightweight champion by knocking out Eddie Alvarez at Madison Square Garden in November 2016 to win the lightweight belt, but he has never defended it.

The 29-year-old Irishman was also previously stripped of the featherweight title, which he won against Jose Aldo with a stunning 13-second knockout in December 2015, without mounting a defence.

McGregor's only fight in 2017 was a lucrative boxing bout against the undefeated Floyd Mayweather, which he lost.

White recently told Fox Sports that the organisation would likely strip McGregor of his title if he refused to fight again soon.

"I love Conor, respect Conor, love everything he's done for the company, everybody knows that, I say it all the time (but) the belt would have to move on," he explained.

Neither White, the UFC nor McGregor's representatives have responded to a request for comment.