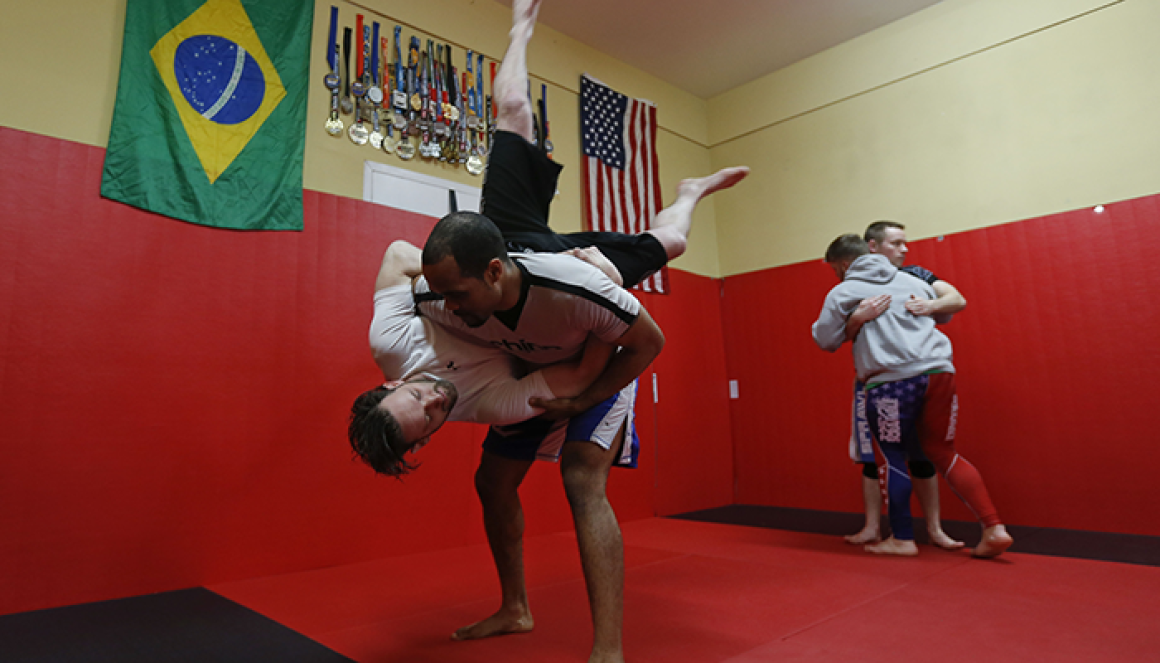 ALBANY — A bill to legalize mixed martial arts in New York easily cleared a state Senate committee on Tuesday, the first step toward a floor vote that could come next month.

The bill passed the chamber's committee on cultural affairs, tourism and parks 10-2. State Sen. Joe Griffo, a Utica Republican who sponsored the bill, said he hoped it would clear the chamber for the seventh time before the Legislature breaks for winter recess on Feb. 9.

“We’re not doing anything to prevent people from having access to this on media. What we’re doing is preventing people in the state of New York from having the opportunity to spectate and to participate and I think that’s wrong,” he said at a press conference.

The bill would legalize and regulate the sport, in which combatants punch, kick and wrestle each other inside an octagonal cage. New York is currently the only state in which professional MMA matches are illegal. Promoters, including the Ultimate Fighting Championship league, say its legalization could create 1,410 jobs around the state by 2019.

A UFC executive told POLITICO New York on Tuesday that he was “agnostic” about whether the bill is considered in a floor vote or within the larger state budget, which must be approved by March 31. Democrats who control the Assembly have never held a floor vote on MMA legislation; Gov. Andrew Cuomo included enabling language in his proposed spending plan.

MMA opponents continue to raise concerns about what they say is a culture of violence that surrounds it. The senators who voted against the bill in committee are Carl Marcellino, a Republican from Long Island, and Brad Hoylman, a Democrat from Manhattan.

In a statement, Hoylman said he was “disappointed” that the legislation doesn't include a fund for fighters who sustain long-term injuries.

“A recent study from the American Journal of Sports Medicine showed that knock-outs during MMA fights result in a higher rate of brain trauma than knock-outs in similar sports. It's imperative that a bill authorizing MMA also include a state-coordinated, industry-sponsored compensation fund,” Hoylman stated.

In the confrontation between the stream and the rock, the stream always wins-not through strength but by perseverance.
~ H. Jackson Brown