Geoff Ho, a business editor with the Sunday Express, revealed he originally thought he was breaking up a fight. 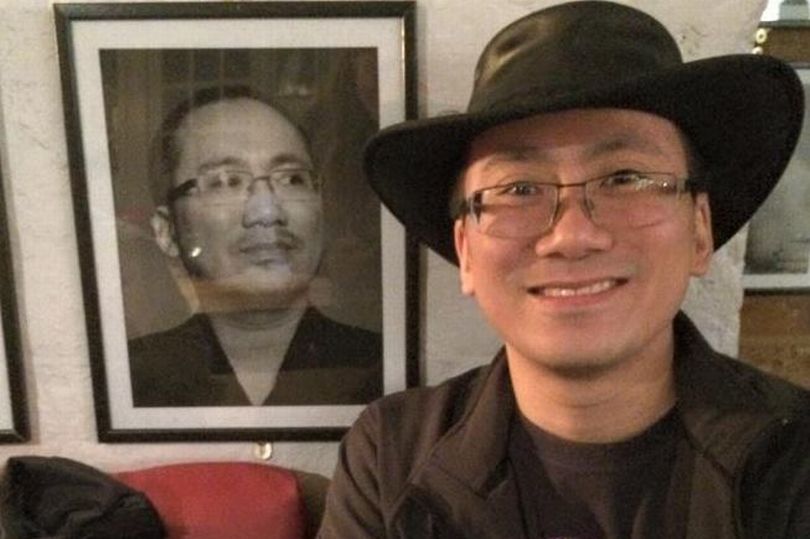 Geoff Ho was protecting a bouncer when he was stabbed

A martial arts expert journalist was stabbed in the throat after intervening to help a bouncer who was wounded in the London Bridge terror attack .

Defiant Geoff Ho, a business editor with the Sunday Express, wrote on Facebook: "Don't know whether it was stupid or noble to jump in and break up the fight outside the Southwark Tavern, but two a***s trying to do over the lone bouncer on the door isn't happening on my watch."

Mr Ho was missing in the aftermath of the atrocity that saw terrorists ram pedestrians using a van on London Bridge before going on a stabbing spree at nearby Borough Market.

He was later found in an intensive care ward in hospital and is now sitting up in his hospital bed but cannot speak.

His friend Isabelle Oderberg tweeted: "We have found Geoff. He is in intensive care. Thank you for the RTs and messages. I'll be going offline till I hear more." 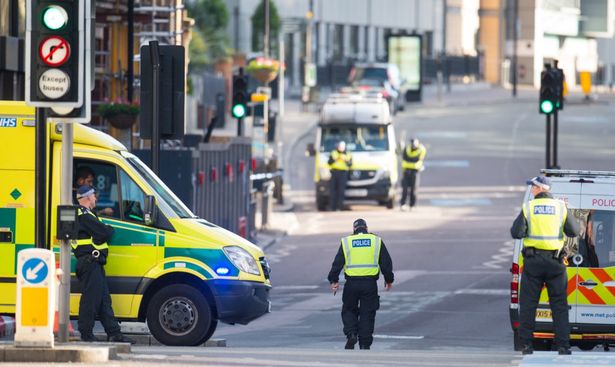 Police near the scene of the attack this morning (Image: Dominic Lipinski/PA Wire)

She told The Age newspaper she would not be surprised if it turned out Mr Ho had got hurt while protecting others.

She said: "He is actually a martial artist and I wouldn't be surprised if he would have stood up and been counted because he's just that type of person. I'm just not even remotely surprised. This is who Geoff is and that's why we love him." 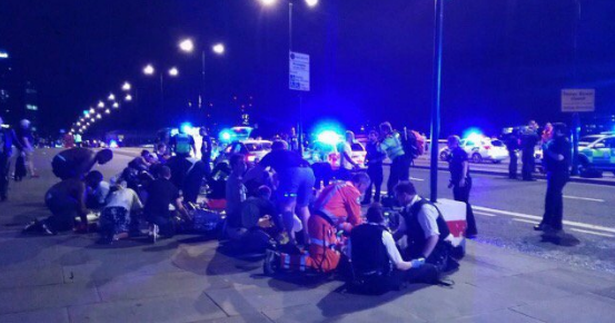 Friend Arlo Jack Barry added on Facebook : "Thoughts are with you Geoff Ho. I'm in awe of your bravery and hope to see you for a pint as soon as!"

At least seven people are dead and more than 40 people are injured after terrorists rammed a white van into pedestrians on London Bridge before getting out and stabbing people in the street and the nearby pub. 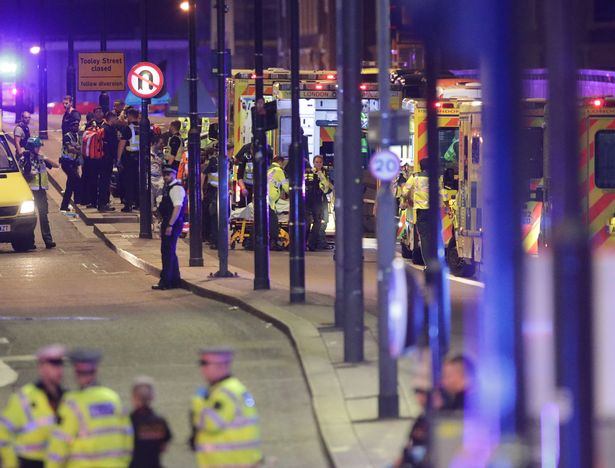 The injured are taken away from London Bridge in a fleet of ambulances (Image: PA)

The gang, who were wearing hoax suicide vests, reportedly shouted "this is for Allah" before starting their stabbing frenzy.

London Metropolitan Police were on the scene within eight minutes and shot the three men dead.

Pictures of the journalist emerged showing him being led to an ambulance by a police officer.

Ho was clutching his bloodied neck where he had been stabbed but was able to walk.