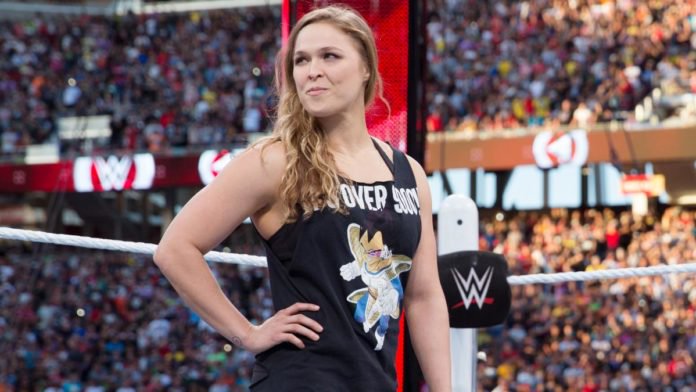 Trailblazing UFC women's bantamweight champion Ronda Rousey has agreed to terms with WWE to perform for the company as a full-time professional wrestler.

Rousey made a surprise appearance at the WWE's Royal Rumble pay-per-view in Philadelphia on Sunday night. After the conclusion of the first-ever women's Royal Rumble match, Rousey emerged and shocked the crowd.

"This is my life now. First priority on my timeline for the next several years. This is not a smash-and-grab; this is not a publicity stunt," Rousey told ESPN's Ramona Shelburne of her decision to join WWE. "When I first met with Triple H, I told him, 'There are other things I can do with my time that'll make way more money, but I won't enjoy nearly as much.'"

It could not have been a more dramatic moment, in terms of the world of WWE. After Japanese superstar Asuka claimed victory in the women's Royal Rumble match, WWE women's champions Alexa Bliss and Charlotte Flair entered on either side of the ring. Suddenly, Joan Jett's "Bad Reputation" blared through the PA system and Rousey's name appeared on the screen.

She stepped into the ring, pointed to the WrestleMania sign, shook Stephanie McMahon's hand and officially stepped into a brand-new world.

"I don't have words at all," Rousey told Shelburne of her experience Sunday night. "I'm like -- this is the most overstimulated I've ever been in my life and ... I'm just, like I'm still processing it. 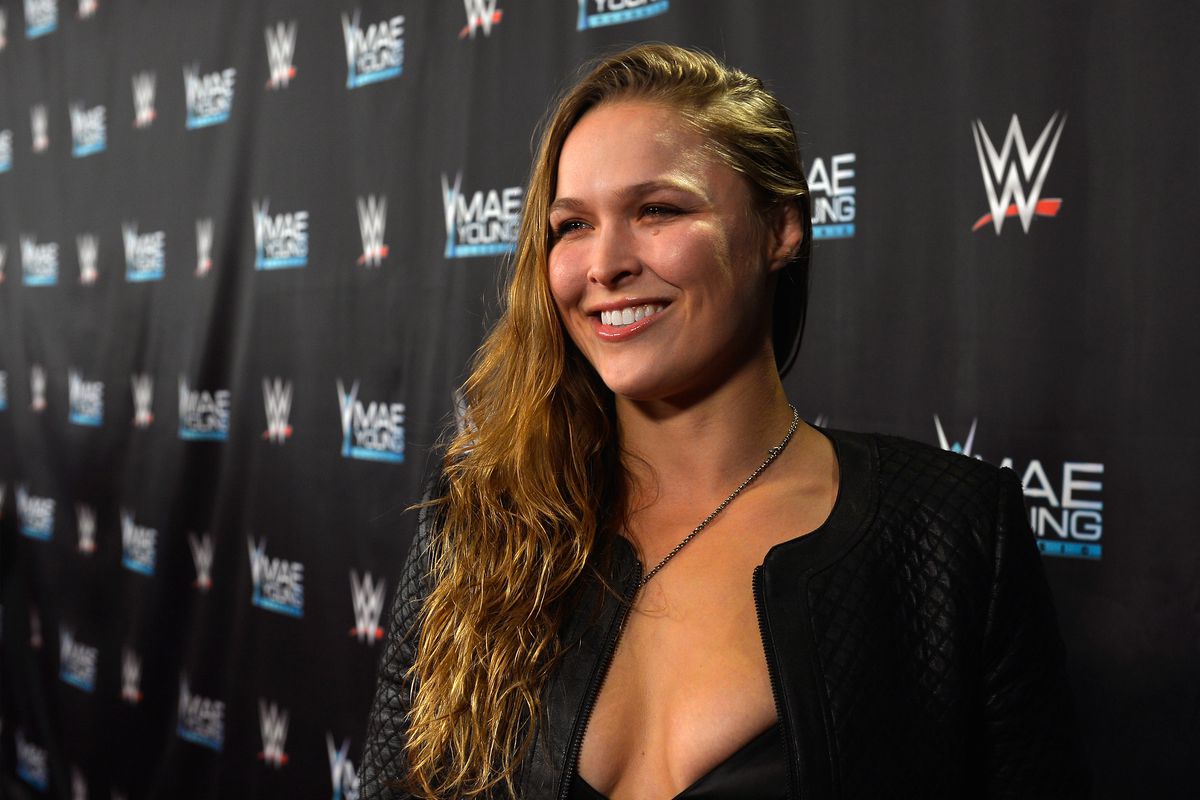 Ronda Rousey says the WWE has first priority on her time and she's not joining it for the money.

Rousey changed the world of MMA over the course of four years. After taking home a bronze medal in judo at the 2008 Olympics, Rousey won each of her three amateur MMA fights in less than a minute. Her first 12 professional fights were similarly one-sided as Rousey became the Strikeforce, and then UFC, women's bantamweight champion. She won five of her first six fights in the UFC in the first round, with four of those fights lasting 1 minute, 6 seconds or less.

Over that stretch, she became a pop culture figure and the most recognizable MMA fighter in the world, with appearances that extended far beyond the Octagon. Rousey hosted "Saturday Night Live," appeared in a variety of TV shows and movies, and was featured on the cover of many of the biggest magazines in the world, including the 2012 ESPN The Magazine Body Issue.

Rousey ultimately lost the last two fights of her career, to Holly Holm in 2015 and Amanda Nunes in 2016, before stepping away from MMA at the age of 29. UFC president Dana White credits Rousey as the sole reason the UFC opened up female weight classes; what began with Rousey and the women's bantamweight division has now stretched to four women's divisions in the UFC.

"I'm happy for her. This is something she has always wanted to do," White wrote in a text to ESPN's Brett Okamoto. "Ronda continues to achieve everything she has ever wanted."

Rousey's move to the world of wrestling -- or sports entertainment as WWE prefers to call it -- has been hinted at strongly for some time. Rousey first appeared in the WWE at WrestleMania 31 in March 2015, when The Rock pulled her from the front row of the Levi's Stadium crowd into the ring. She hip-tossed Triple H and locked a standing overhook on Stephanie McMahon before tossing each of them out of the ring to the floor. 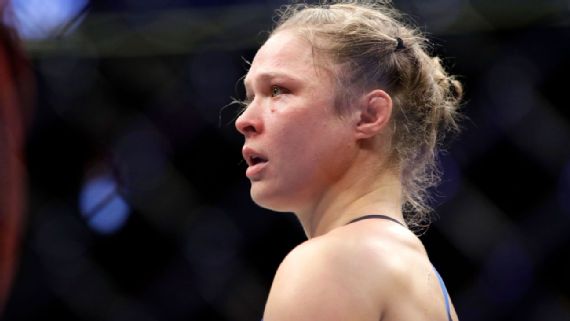 "It's funny -- it's kind of like acting, in that it was something I always wanted to do but I never thought was in the cards for me," Rousey told Shelburne of wanting to wrestle professionally. "And now that I realize I really do have this opportunity, I feel like my 6-year-old self would totally kick my ass if I didn't take it."

During the filming of the Mae Young Classic, the WWE's inaugural all-women's tournament, in July, Rousey taped a promotional video in which she and fellow MMA fighters Marina Shafir and Jessamyn Duke were confronted by WWE superstars Charlotte Flair, Becky Lynch and Bayley, teasing a future match. The tie between these two groups is that both labeled themselves the "Four Horsewomen" (with the inclusion of Sasha Banks to the WWE edition, and Shayna Baszler to Rousey's crew).

Rousey again appeared in a WWE audience in Las Vegas in September, in support of fellow MMA veteran Baszler, who was a finalist in the 32-woman Mae Young Classic field (and later signed a WWE contract of her own). In an interview after the event, Rousey was noncommittal about her future. Ahead of the launch of her personal website in early December, Rousey posted a video on social media that featured clips of her training at the WWE's Performance Center and practicing moves inside of a wrestling ring.

She's a longtime fan of professional wrestling, and inherited her nickname, Rowdy, from legendary figure "Rowdy" Roddy Piper. Through "Judo" Gene LeBell, who trained both Piper and Rousey in grappling and other techniques, Piper gave his blessing for Rousey to carry the nickname throughout her career. After defeating Bethe Correia at UFC 190 in August 2015 -- the last win of her illustrious MMA career -- she dedicated her performance to Piper, who had died the previous day, in her postfight interview.

Rousey is the latest to cross over between the worlds of MMA and professional wrestling. Brock Lesnar is arguably the most famous example, having held world titles in both the UFC and WWE, with CM Punk likely the most infamous after his disastrous debut against Mickey Gall.

ESPN's Brett Okamoto and Ramona Shelburne contributed to this report.

In the confrontation between the stream and the rock, the stream always wins-not through strength but by perseverance.
~ H. Jackson Brown