Savate: From the Back Alleys of France to the Martial Arts World 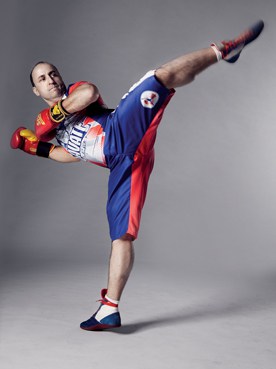 Most martial artists know that savate is the official fighting art of France, but beyond that, they would probably be hard-pressed to recite any details about the style. That’s unfortunate because it possesses a long and distinguished history that makes it a valuable addition to the world of martial arts. The following is an easy-to-digest list of facts and is designed to enlighten all martial artists about the history, rules and techniques of this dynamic form of fighting. If it inspires a few to sign up for lessons, so much the better.

A Brief History of Savate

Savate as a Martial Art

About the Author:
Salem Assli is a professor of boxe francaise-savate and a second-degree silver glove who serves as president of the California Association of Boxe Francaise-Savate.

A Man’s health can be judged by which he takes two at a time, pills or stairs.
~ Joan Welsh