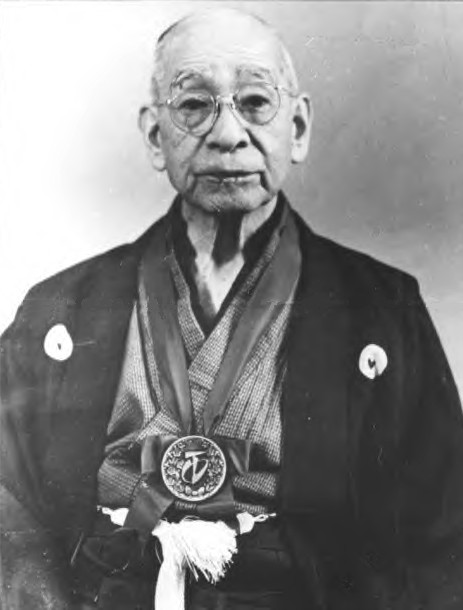 Shōrin-ryū (少林流) is one of the major modern Okinawan martial arts and is one of the oldest styles of karate. It was named by Choshin Chibana in 1933, but the system itself is much older. The characters 少林, meaning "small" and "forest" respectively and pronounced "shōrin" in Japanese, are also used in the Chinese and Japanese words for Shaolin Kung Fu. "Ryū" means "school". Shōrin-ryū combines elements of the traditional Okinawan fighting styles of Shuri-te.

Chosin Chibana was a top student of the great master of shuri-te, Anko Itosu. Anko Itosu was the top student of Matsumura Sōkon, who was a renowned warrior in his time; bodyguard to three kings of Okinawa, he has been called the Miyamoto Musashi of Okinawa and was dubbed bushi, or warrior, by his king. However, while Sōkon is often referred to as the "founder" of Shuri-te, he did not invent all of its components. In 1933, Chosin Chibana chose to name his style Shōrin-ryū in honor of its samurai roots and to differentiate it from other styles that were being modified from the original teachings of Anko Itosu. Generally, Okinawan karate schools did not have individual names for styles like schools in Japan. Several branches of traditional Shōrin-ryū exist today in both Okinawa and the Western World. While there is a more concentrated population of practitioners in its birthplace of Okinawa, Shōrin-ryū Karate has had many high dan grades outside Okinawa.

Shōrin-ryū is generally characterized by natural breathing, natural (narrow, high) stances, and circular, rather than direct movements. Shōrin-ryū practitioners assert that correct motion, moving quickly to evade violence with fluid movements and flexible positions are important, and that a solid structure is vital for powerful blocks and strikes. Stances that are too deep generally make body movement difficult. Another feature in this system is how the student is taught to punch. Generally, there is neither a horizontal nor vertical punch in Shōrin-ryū. Punches are slightly canted to the inside, with the largest knuckle of the fore finger (third from the tip) in vertical alignment with the second knuckle of the pinky finger. It is believed that this position is key in lining up the bones of the arm and creates a faster, more stable and powerful strike.

Some of the key kata in Shōrin-ryū are:
These are Series not truly thought of as 'Kata'

The study of weapons only starts at dan-level, and weapon kata are not standardised across the style.p. 45

In 1924, Gichin Funakoshi, a contemporary of Chibana sensei and also a pupil from Ankō Itosu, adopted the Dan system from judo founder Kanō Jigorō using a rank scheme with a limited set of belt color to promote Karate-Do among the japanese. In 1960, this practice was also adopted in Okinawa.

In a Kyū/Dan system, the beginner grade is a higher-numbered kyū (e.g., 7th Kyū) and progress is toward a lower-numbered Kyū. The Dan progression continues from 1st Dan (Shodan, or 'beginning dan') to the higher dan grades. Kyū-grade karateka are referred to as "color belt" or mudansha ("ones without dan"); Dan-grade karateka are referred to as yudansha (holders of dan rank). Yudansha typically wear a black belt.

Requirements of rank differ among styles, organizations, and schools. Kyū ranks gradually stress proper stances, balance, motion and coordination. Speed, timing, focus and power are examined at higher grades. Minimum age and time in rank are factors affecting promotion. Testing consists of demonstration of technique before a panel of examiners. Black belt testing is commonly done in a manner known as shinsa, which includes a written examination as well as demonstration of kihon, kumite, kata, and bunkai (applications of technique).

In Shōrin-ryū, one possible rank (belt) progression is listed below: There are many others. For instance, the largest organization in North America does not use yellow, orange, blue, or purple belts.: Nor are the colors or orders consistent from school to school within an organization.

In the USA, the mudansha generally are:

In the USA some of the styles' yudansha follow this system:

Red and White Checkered/paneled Belt for 7th and 8th Dan

Lack of activity destroys the good condition of every human being, while movement and methodical physical exercise save it and preserve it.
~ Plato