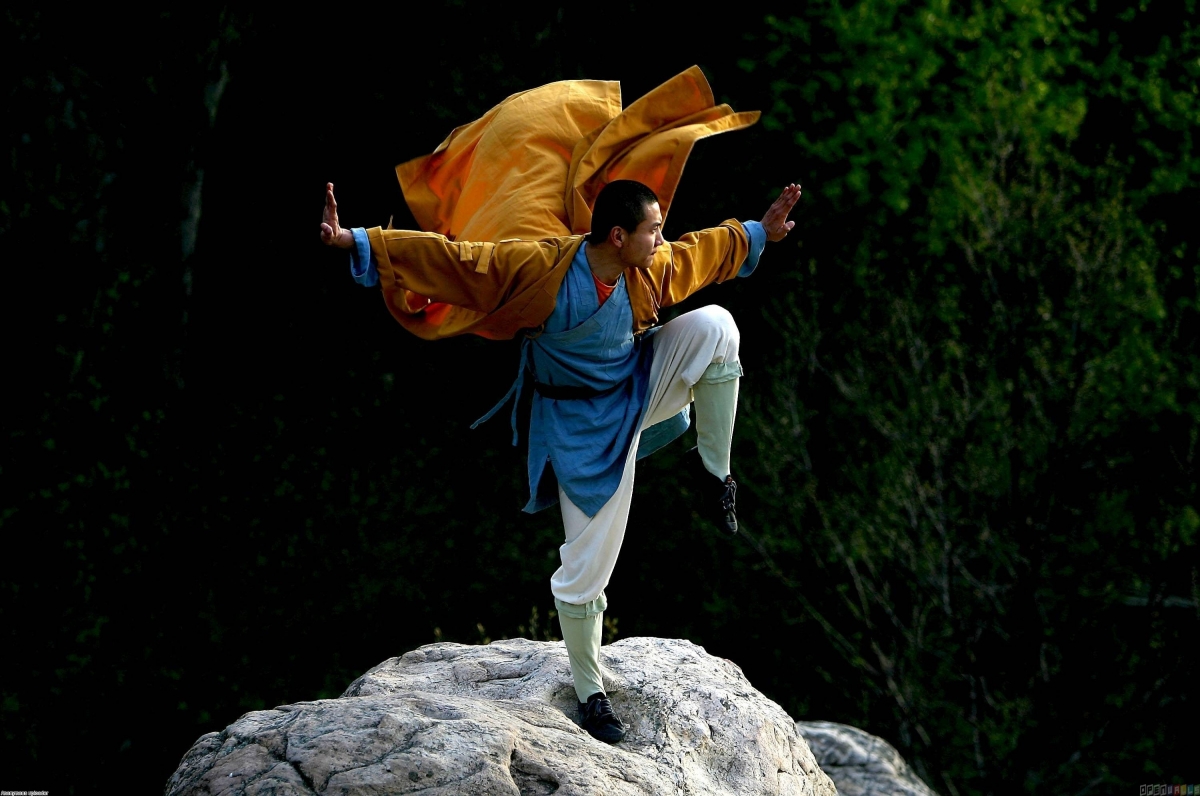 Topics:
Enso - Understanding the meaning and use in Budo and in Life
Budo Secrets - The Secret explained ~ Beyond Exhaustion
Pinan Nidan - The Bunkai (meaning) and Kakushite (hidden) explained
Tetsu Gaku - Philosophy and Comments

In the Budo and practice, the concept as I know it represents the unending cultivation of perfection, be it the skills of any particular Martial Art, including the mission to know oneself through austere practice and self-learning. There is a point where the physical abilities start to change based on views of Budo and energies that must be exerted - ie; power applied through repetition to endlessly perfect the action (technique) towards enlightenment. This change is aimed at the enlighenment of oneself or eventually Wisdom (reason-understanding-interpretation). Simply, tranformation takes years.

Enso symbolizes the the moment when the mind is free of thought, such as a response in battle engagement or during the execution of Kata.  For example, when executing kata, has your mind released? The best example of a mindful mind going to a free or MU (no mind) expression is when one executes a difficult Kata and there is no recognition of the entire kata ~ only the beginning and the end.  Simply, your action in those moments have dissappeared. 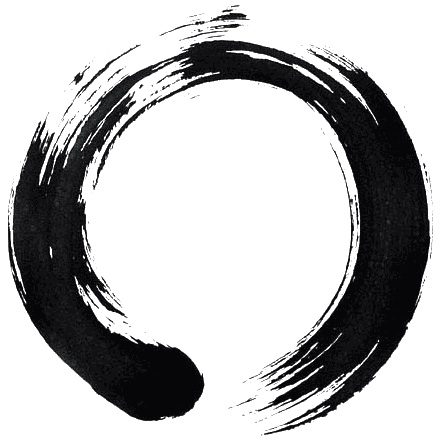 Budo Secret #1 ~  Early days of Budo training in any specific art are focused on building a foundation in which to cultivate a prepared skill and a mind that reflects the practice. The only way one can accomplish and perfect skills is to endlessly work at them. However, one of the most unique methods to gain phenominal growth in any given martial art is to push the envelope to the edge. Once conditioning has become impeccible, there remains a point where exhaustion takes over. It is at that point where the body-mind experience during (exhaustive) {repetitive} training is most relevant to a growth pattern that makes huge gains.

So here it is:  At that point (near exhaustion), instead of stopping the reps, slow the pace (interval) down between the blows, even to a point of perhaps a second or two between reps. Important!! When you execute the movement, continue to exert as much power-pressure that you can muster on each blow. You are still gaining enormous skill without stopping the flow of development (KI) which equates into both muscle memory and increased stamina. Many times, we tend to stop at the end of exhaustion, however, this method allows you to continue on the crusade to ultimate perfection and execution. Your training experience is now extended over and beyond the point one stops and/or gives up.

You can do this with numerous techniques, staying in the zone, accomplish results in single waza or even combinations, such as Kerri (kicking) - Uke (blocking), and more importantly, multiple combinations. The Samurai would use a bamboo (Take) stalk to strike thousands of times with a Bokken (wooden sword) until exhaustion would be replaced with 'Ki' intrinsic energy as it took over.

Remember, most engagements in the world of battle/competition/MMA/ are met with luck, however, the winners focus on surgical cultivation of waza, 'Win by Mastery of timing - distance and perfection of mind body , Seishin (Spirit) ~ or SKILL.'  The ability to utilize this method with two partners, is also unique. With pairing, one can simply attack with a pre-arranged technique, and the Uke 'defender', can respond with perhaps a throw. The concept here is engage with full power both attacking, blocking, and throwing, and get back up as quickly as possible. Once the exhaustion phase is met, (Employ the Secret #1) go with slower intervals, but continue to max out in full battle effort. There you have it. By the way, 'this really does work'.

The Samurai, or (one who serves) is a great example of our modern day Budo practices. Of course, Samurai had their goals entrenched in Bushido, the code of the warrior. These codes, which I will discuss in a future Newsletter, will be compared to the Virtues of modern day martial practices (ie; Karate-Judo-Naginata-Kendo/Kenjittsu) and more. 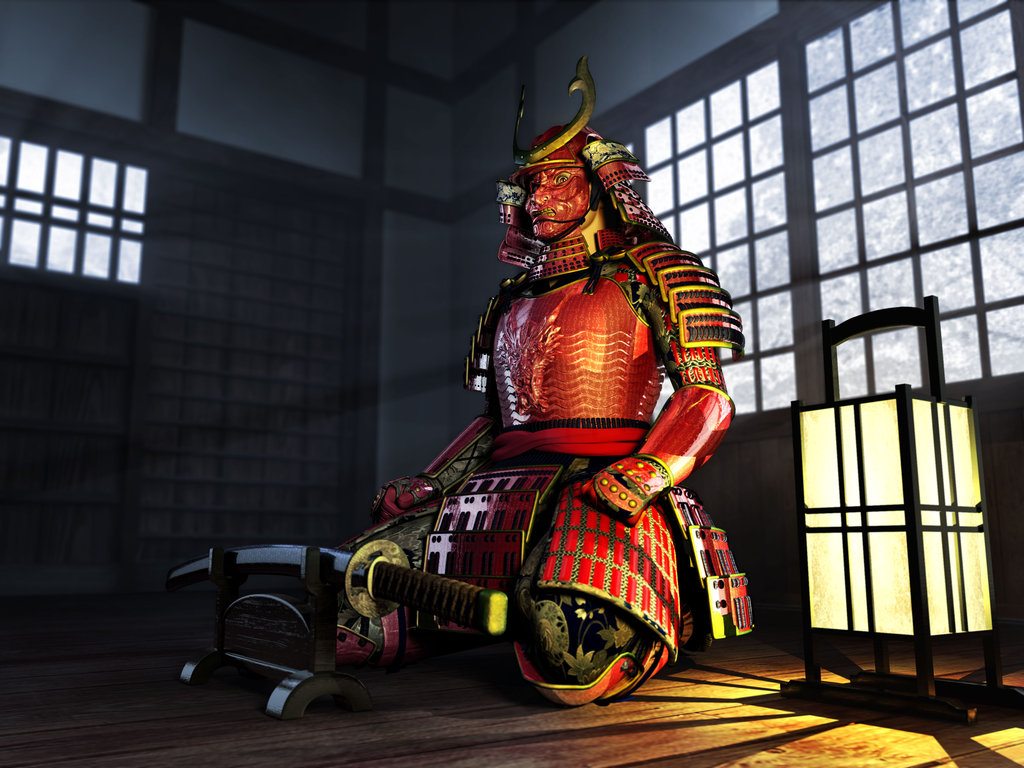 Pinan Nidan ~ one of the basic or Kihon Kata found in the Koei-Kan system, also similar in Shoto-Kan/Wado/Shito Ryu (others) will be explained both in my writing and in the visuals-video going forward.  Pinan, translates as peaceful mind.  Another pronunciation (Chinese in nature) is called the Pingan kata are a series of five empty hand forms taught in many karate styles. The Pingan kata originated in Okinawa and were adapted by Anko Itosu from older kata such as Kusanku into forms suitable for teaching karate to young students. When Gichin Funakoshi brought karate to Japan, he renamed the kata to Heian, which is translated as "peaceful and safe". Pinan is the Chinese Pinyin notation of which means also "peaceful and safe". Korean Tang Soo Do (not Chuck Norris' American Tang Soo Do), one of 5 original kwan of taekwondo), also practice these kata; they are termed, "Pyong-an" or "Pyung-Ahn", which is a Korean pronunciation of the term "ping-an". 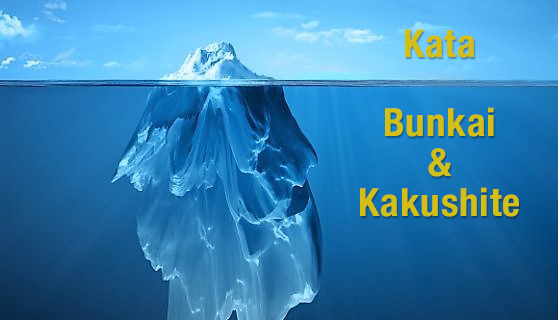 The following video demonstrates the meaning of Kata, Bunkai and Kakushite. Two explanations will be translated; One is the basic understanding or meaning, Bunkai, and the second is the inner meanings Kakushite ~ (Hidden Hand).  ~ Two Levels. This will express only a short introduction to the entire Kata by stages (Shahari- stages of development).

Tetsu-Gaku ~ Philosophy  is one of the corner stones of life.  Without it, we are likened to a ship on the ocean without a rudder, constantly in motion, however moving in any direction that nature pushes it.  Philosophy serves as reason in life and a wake up call in our Budo training.  It's a compass that parallels our path and serves to support the growth of wisdom in a world filled with conflict and chaos.  Tetsu-Gaku 'philosophy' is the study of general and fundamental problems concerning matters such as existence, knowledge, values, reason, mind, and language. Philosophical methods include questioning, critical discussion, rational argument and systematic presentation. Classic philosophical questions include: Is it possible to know anything and to prove it? What is most real? Philosophers also pose more practical and concrete questions such as: Is there a best way to live? Is it better to be just or unjust (if one can get away with it)?  The big question is 'Do humans have free will? Something each individual must decide on their own.  Budo (training) Gaku, can be aimed at Martial development and the mind ie;  conscious reasonable thinking through actions.  It can be said that the Martial Arts benefit is the fact of 'Tranformational Psycology'.
This is where Training meets Reason, or thoughts motivate actions.  Using affirmations or philosophy in relation to each other is powerful and can play an enormous key to dealing with roadblocks and emotional causes that disrupt one's ability to move forward ie;  Controlling one's destiny.  Below you will find a few examples of Tetsugaku and comments that share the same breath and depth of practice;

1.  "If you keep on doing what you've always done, you'll always be what you've always been"
Comments:  Change the Mind - Change the Habits / This can only transpire with a determination and vision, which should be in parallel with your dream/belief.   Fortunately, any true knowledgeable Sensei-teacher can
offer and instruct the student how to proceed on a course of 'Discipline', where change will occur and eventually happens.
2.  "Ability is what you're capable of doing, Motivation determines what you do, Attitude determines how well you do it"
Comments:  Of these three points, the most important one is Motivation.  This deals with Vision and Follow through.
3.  "During Kumite, focus on your breath and strengthen your Spirit while in Motion"
Comments:  When you listen to your breathing, you mind becomes pre-occupied with focus while still listening to what I use, called, Shinsen-Kokyu, or rapid breathing.  Also called Kumite breathing.
This old but brilliant method allows one to gather energy during engagement without stopping the momentum.  Also used with multiple Kiai's in the application of clearing the mind of fear.  Short rapid Kiai that can at
chosen times be used to stall the opponent and present an aggressive nature including dominating spirit to Win.
4.  "Forge your spirit through the study of Karate confronting every challenge steadfastly"
Comments:  When doing something, do it completely.  Triumphant results come from an unstoppable attitude as one tempers the body.  There's no way around this;  You must train relentlessly.
5.  "Kata is the mother of Karate, Bunkai her Soul'  Master Choki Motobu"
Comments:  Everything can be found in Kata through intense guidance and study.  Bunkai ~ Meaning is the general explanation and transmission of each movement.  This can vary from instructor to instructor,
However, some of the deeper meanings called Okuden or Okugi are the secrets held by masters from one generation to another.  Those secrets are what was used to keep a system (Ryu) in check.
6.  "Win all your battles through the art of preparation"  'In time of peace prepare for war'  Sun Tzu
Comments:  The efforts and engagements found during practice must emulate reality battle and in many cases, must be over and above the demands in real battle.  This is where pain is made! There is a saying;
"Preparation must be Greater than Actual Battle"!  Think carefully on this, and imagine yourself completely spent, and your opponent beating on your skull.  That's it!!! That's the time you draw the inner Ki to
survive and change the direction of the battle.  That's when you really learn and when YOU COME ALIVE w/ ENLIGHTENMENT.  WOW!! 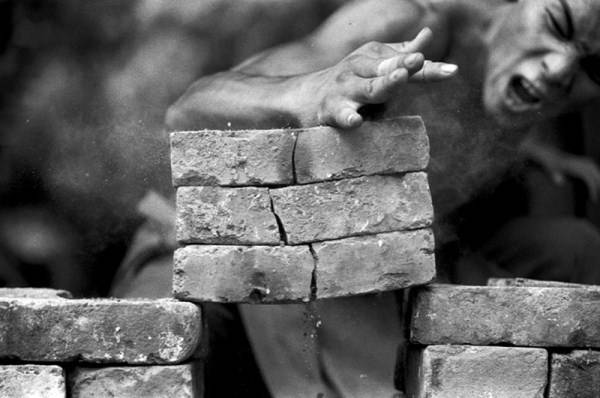 Countering Mental Training Blocks: Preparation when the Body and Mind says 'No' 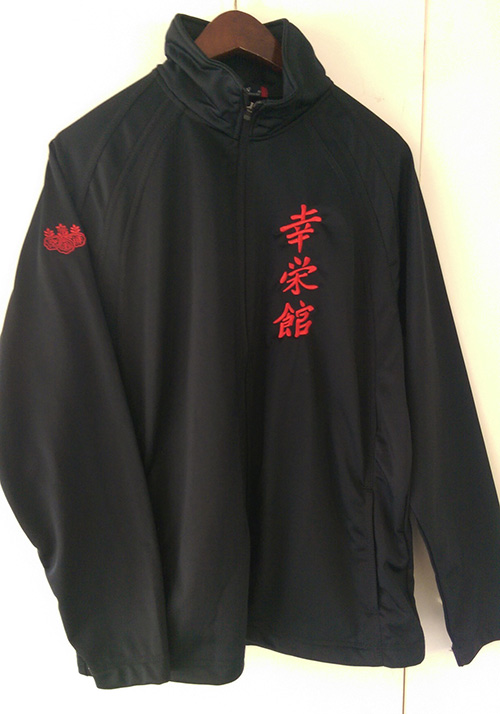 Pls forward your Comments and/or suggestions on Budo
Your views are valuable and help me to relate topics and ideas where the needs must be met!!
Send your requests to Jack.Sabat@Butaedo.com