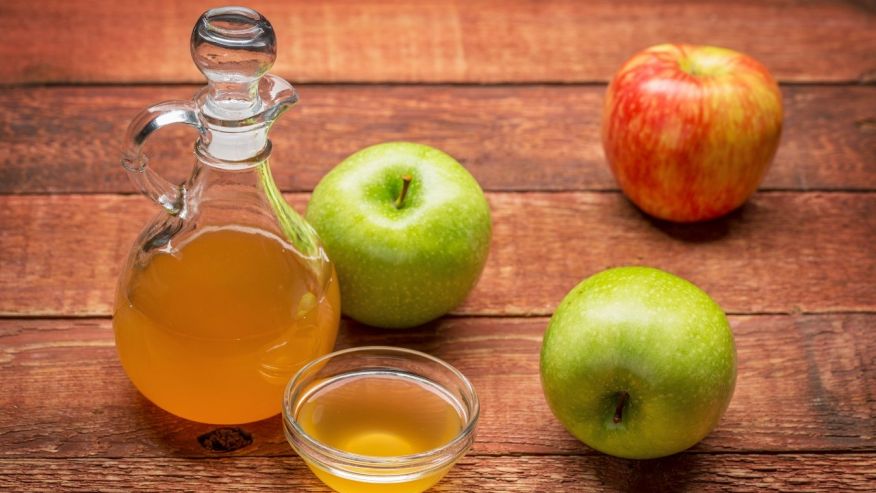 Apple cider vinegar has been touted as a cure-all for decades. I’ve seen claims that it can do everything from halt hiccups to whiten teeth, and even banish dandruff. Whether or not it's capable of all those things, there is some solid research to back up apple cider vinegar as a healthy elixir, as long as you use it correctly.

One promising benefit: It seems to help regulate blood sugar. A study published in Diabetes Care looked at men and women with type 2 diabetes. The researchers found that when the participants downed two tablespoons of apple cider vinegar before bed with a snack (one ounce of cheese), they had lower blood sugar levels the next morning, compared to when they ate the same bedtime snack paired with two tablespoons of water.

Another study published in the same journal compared the effects of apple cider vinegar on healthy adults, people with pre-diabetes, and people with type 2 diabetes. Study participants in all three groups had better blood glucose readings when they consumed less than an ounce of apple cider vinegar with a high-carb meal (a white bagel with butter and orange juice), compared to when they the had the same meal and drank a placebo. People with pre-diabetes improved their blood glucose levels with vinegar by nearly half, while people with diabetes cut their blood glucose concentrations by 25%.

Some research also suggests that apple cider vinegar may ward off scale creep. In a study published in the Journal of Agriculture and Food Chemistry, mice fed a high-fat diet along with acetic acid—vinegar’s key component—developed up to 10% less body fat than control rodents. The researchers believe the findings support the notion that acetic acid turns on genes that trigger enzymes to break down fat and prevent weight gain.

To investigate this effect in humans, Japanese scientists conducted a double-blind trial on obese adults with similar body weights and waist measurements in 2009. They divided the participants into three groups. Every day for 12 weeks, one group drank a beverage containing half an ounce of apple cider vinegar. Another group drank a beverage with one ounce of apple cider vinegar. And the third group had a drink containing no vinegar at all. At the end of the study, the people who drank one of the beverages with vinegar had less belly fat, lower triglycerides and waist measurements, and a lower body weight and BMI, compared to the no-vinegar group.

Apple cider vinegar may also be a boon to digestive health, based on the results of a study done on mice with ulcerative colitis. The researchers found that when acetic acid was added to their drinking water, they had higher levels of good bacteria in their guts, such as Lactobacillus and Bifidobacteria, and reduced symptoms of the gastrointestinal disease.

While the evidence behind apple cider vinegar seems promising, there are a few things to keep in mind before you start downing the stuff. First off, I don’t recommend drinking straight vinegar. Undiluted shots have been known to wear away tooth enamel, and damage the esophagus. Also, too much apple cider vinegar may lower potassium levels in the body.

My go-to recipe: Whisk together one tablespoon each apple cider vinegar and lemon juice, add a half teaspoon of minced garlic, a dash of ground black pepper, and a few fresh basil leaves, chopped. It's fantastic drizzled over fresh leafy greens, broad beans, or cooked, chilled fingerling potatoes.

Just remember, making vinegar a daily habit won't cancel out the effects of overeating. Think of it as one piece of your wellness puzzle, and not a panacea.

This article originally appeared on Health.com.

If you want to touch the other shore badly enough, barring an impossible situation, you will. If your desire is diluted for any reason, you’ll never make it.
~ Diana Nyad