ZANSHIN
Zanshin is a word commonly used throughout the Japanese martial arts and refers To a state of relaxed mental alertness. Literally translates as; Zanshin “the mind with no remainder.” In other words, the mind is completely focused on action and fixated on the task at hand. Zanshin is being constantly aware of your body, mind, and surroundings without stressing Yourself. It is an effortless vigilance on what may or may not come. In martial arts practice though, zanshin has an even deeper meaning. Zanshin is choosing To live your life intentionally/fully, and acting with ‘deliberate purpose’ rather than mindlessly falling Victim to whatever lies before you or chance. It is also known as the state of mind before – during – and after a demanding situation. Going into Battle or a difficult task where the body may be at risk. It’s the feeling at the end of a major Challenging ordeal. 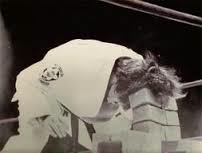 The ‘Ahhh’ moment of success and/or survival. Zanshin is what you are During Battle / Battle Engagement / survival in action; This is Zanshin Gratitude Know how much your appreciated.