The aging martial artist: how to keep on fighting when you get older 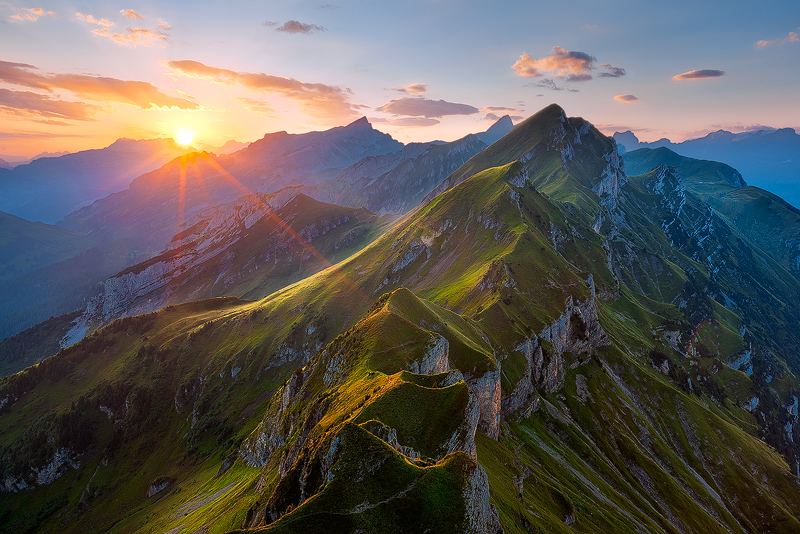 For some reason, probably because I just turned 40, lately I’ve been thinking a lot about getting older. I look back at the past, good and bad alike, and think about how I would do things differently in my life given the chance. Sometimes, this reminiscing brings forward regret and sorrow about the things I messed up. Other times, I’m pretty happy with the way I handled it. And then there are the gazillion situations in between that have both good and bad sides to them. In other words: life happened, like it does for all of us.

I’m not going to go into the personal stuff; that’s personal for a reason. But I am willing to talk about training in the arts. Though before I do, let me address a pet peeve of mine:

Some of the people I respect the most are 10, 20 or even 30 years older than me. The reasons why I respect them are legion but one of them is that they never played the “I’m older than you so I know best” card. A card that goes right along with that one is the “*Insert age*?! That’s nothing. Wait until you’re *insert older age* like me!” card That just irks the shit out of me and makes me want to look them dead into the eye like Debra Morgan and say:

What do you know about me, really?

Just because you’re older, doesn’t mean that whatever you have is by default worse than any of my crap. It might be, it might not, depending on a shitload of parameters and details. Who knows? Certainly not you because as soon as you say something like that, I’m done talking to you. The worst part is that of all those who have pulled that card on me, none of them came even close to those aforementioned people in terms of accomplishments and basically being a good person. So if those impressive guys can treat me like an adult it isn’t impossible for you to do the same, you pompous ass.

Age does not give wisdom and knowledge by default. What it gives is plenty of time to acquire those two. Some people do just that, some don’t. Some people are wise beyond their years. Others stay ignorant fools their entire lives. Having ten or twenty years on me doesn’t prove anything, other than that you were born before I was, which isn’t really an accomplishment on your part so maybe you shouldn’t use it as a justification to claim you know more than I do. Some of the stupidest, most arrogant, bigoted, racist and worthless people I’ve ever met were older than me by a decade or two. So no, age is not a measuring stick on my “you’re a cool person”-scale.

For the benefit of the slow, Polonius Lartessa, if you were thinking about writing a comment here about how I’ll see things differently when I’m your age, please watch the above video again and picture me saying that to you but only a lot louder than the lovely Miss Carpenter. (Can you tell I’m almost out of patience for Cold Days to arrive?)

Tempus fugit, for all of us

Getting older as a martial artist is weird. Certain things slowly creep up on you and because you don’t expect them, they surprise you. Whereas other things you take for granted slowly go away. Here are some examples to illustrate this:

There are more examples like this but I think you get the picture: age takes things away from you.

Certain skills you worked so hard to make your own, slowly erode away. Strength and endurance aren’t what they used to be. Stuff you could handle no sweat in your twenties now takes some time to recover from.

To put it another way, you become less of what you once were.

How depressing is that? Pretty damn sobering, that’s for sure. But it’s also the natural order of things. For some reason, martial artists seem to have a very hard time accepting this inevitable degrading of our physical skills and possibilities. I know, because it took me years to accept my arthritis, which is typically associated with old age.

That said, there’s an upside too: if you work at it, age can give you back many things in return. Here’s a list of things I can only do now, that were impossible when I was younger:

So in many ways, age gives back just as much as it takes away from you.

There is a caveat though: you won’t get it for free.

When I look at some fellow martial artists, some of whom have even more time spent training, they haven’t received as much as they’ve lost. There are reasons for that, some of which are their own fault whereas others are simply a case of bad luck or life happening. Regardless, I doubt they ended up like that on purpose. On the contrary, I think they didn’t expect what happened because nobody told them or they only realized it when it was too late.

Here’s what they don’t tell you about getting older:

All these things, and many more, will lead to your martial arts skills deteriorating. Like I said, to a large degree you can’t really control them and how severe they are will determine just how much skill you lose. But there is something you can do about it and it’s also my way of handling it:

Say to yourself: I will not go quietly into that dark night. And then commit yourself to it. Every single day. Every hour. Every minute.

I’m no self-help guru, nor am I particularly interested in becoming one. This is my own opinion, no more no less. This is the choice I made for my own life.

I refuse to give up and accept the limitations age places upon me. I know my future; pain and surgeries. Then some more pain until the day I die. So what?

One of my teachers is almost thirty years older than me and he’s faced worse than that for almost his entire adult life. He can still kick my ass.

Another teacher of mine is battling a terrible degenerative disease but he’s working hard at handling it, every single second of each day.

Loren was told he would never do karate again when he tore up his knee in his twenties. We all know how that ended…

Who am I to give up if my teachers don’t? If they can do it, why wouldn’t I when I’ve been given a lot less on my plate than what they have to face?

I’m not too old for this!

Like I said, I’m not going gently. I’m gonna make as much noise and create as big a hoopla as I can until I finally kick the bucket. There’s no avoiding death, we all come with an expiration date. But my epitaph will not read “He played it safe.”

Because many of you have told me you enjoy the practical tips and guidelines I often write down here, next up a couple of the things that work for me to handle the current problems age has given me:

What’s it all about?

Aging is a part of life, also for a martial artist. You have to accept that. But you don’t have to accept sub-standard performance if you can do better than however low you set the bar for yourself because you think that’s what getting old means. Age isn’t an excuse to become a slacker. It’s an invitation to consistently train better and smarter, even if that means training less hard than before.

In parting, I’d like to leave you with that poem by Dylan Thomas. It’s a pretty good one and I like it for a variety of reasons. If it’s new to you, I hope you do so to.

Most of all, I’ll leave it here as an inspiration for you to also make that commitment to not go quietly into that dark night, if you haven’t done so already. Maybe there’s a special place in the afterlife for those who choose to only go along with death kicking and screaming.

If so, I’ll meet you there.

Do not go gentle into that good night,
Old age should burn and rave at close of day;
Rage, rage against the dying of the light.

Though wise men at their end know dark is right,
Because their words had forked no lightning they
Do not go gentle into that good night.

Good men, the last wave by, crying how bright
Their frail deeds might have danced in a green bay,
Rage, rage against the dying of the light.

Wild men who caught and sang the sun in flight,
And learn, too late, they grieved it on its way,
Do not go gentle into that good night.

Grave men, near death, who see with blinding sight
Blind eyes could blaze like meteors and be gay,
Rage, rage against the dying of the light.

And you, my father, there on the sad height,
Curse, bless, me now with your fierce tears, I pray.
Do not go gentle into that good night.
Rage, rage against the dying of the light.

Thomas (Tom) Davies has been an active karate-ka in the Koei Kan Karate-Do system since he started his training in 1978 under Sensei Ed Kaloudis.  Since moving to Southern California in 1984, Tom has been training under Sensei Jack Sabat of Santa Barbara, California. Tom was the chief sensei of the Long Beach Koei Kan dojo for over 11 years and currently holds the rank of Go-Dan.